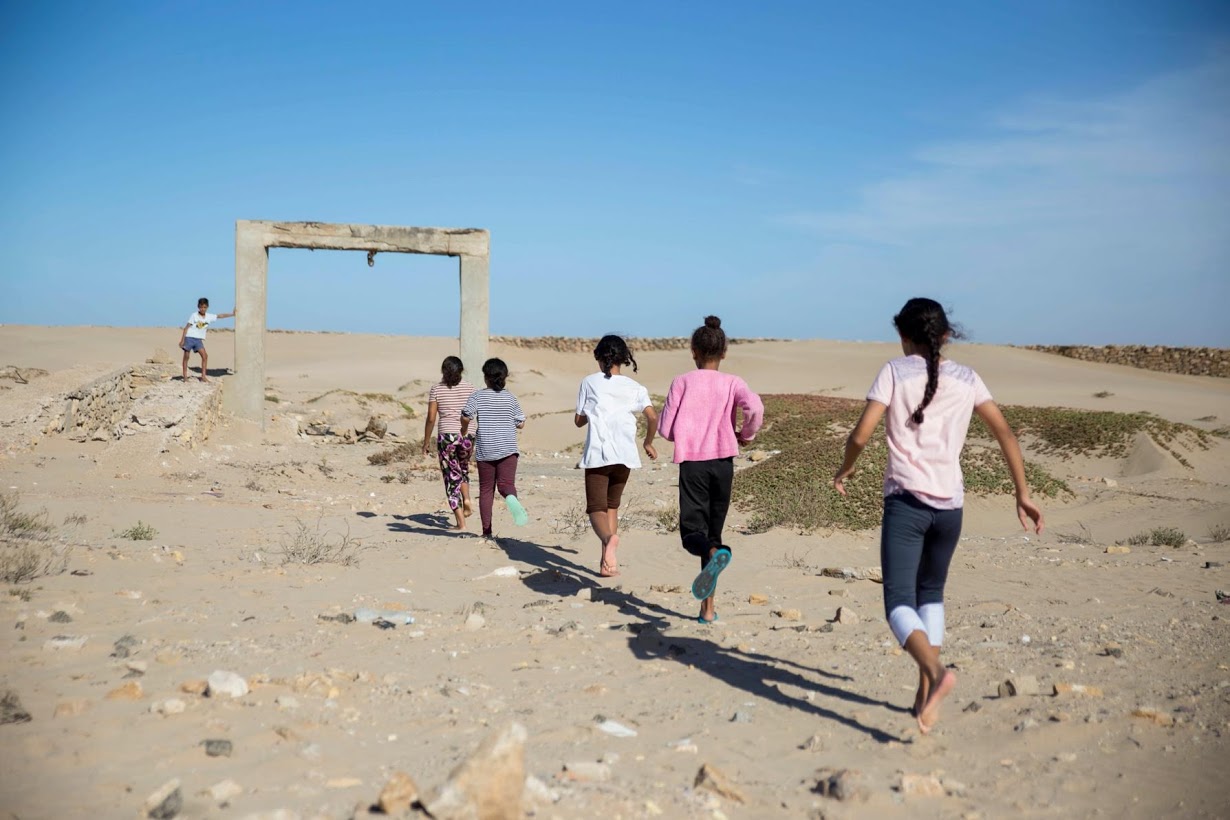 A group of 32 young creative individuals and entities from seven countries across the Arab region are bridging the gap between culture, citizenship and local territories, thanks to the support of All-Around Culture, a regional programme co-funded by the European Union. One of the programme’s components, the Youth-Led Cultural and Civic Initiatives (YLCCI), which officially kicked off in April 2021, aims to raise access to culture and start intercultural dialogue through community-based collaborative and contextual artistic projects.

12 June 2021 – With more than 377 applications received in only two months of open call, the demand for support to cultural projects was undeniable. Youth between 18 and 35 years old from Algeria, Egypt, Jordan, Lebanon, Morocco, Palestine, Tunisia and the Libyan and Syrian diaspora rushed to submit their creative projects to enter the YLCCI.

“The YLCCI responded to a reality that we drew from needs assessments and lessons learned from previous programmes,” explains Mohab Saber, coordinator of All-Around Culture, the umbrella programme for YLCCI, adding “our main focus is to foster a vital cultural ecosystem, especially in under-privileged areas and to nurture diversity and dialogue between all cultural actors in the region.”

Implemented by the Tunisian association L’Art Rue, which operates in the heart of the medina of Tunis, the YLCCI is driven by the belief that culture and citizenship go hand in hand to ignite sustainable change.

“Cultural action -in its broadest understanding- is the essence of our association. We genuinely believe in the power of human connections and creative sensitisation to bring about socio-economic development and positive change,” explains Camille Hoeltzel, monitoring and cooperation projects officer at L’Art Rue.

The association selected 32 projects from the diverse pool of architecture, geography, audio-visual productions, sustainable fashion or creative writing proposals, based on their focus on collaboration, contextualisation and sustainability.

“Rethink, Reframe and Reshape”: a much needed contextual research phase

“Rather than just handing out grant money, our goal is to genuinely support and bolster the young creative minds of the region, by giving them the time and means to bring to life sustainable, collaborative projects, which are deeply rooted in their context and environment,” Camille explains.

Through a unique two-phased approach – a research grant that spans from April to October 2021 and a production phase starting in 2022-, YLCCI aims to empower youth from the seven selected countries in the Arab region to build up creative projects from A to Z.

“This means giving them the opportunity -through time, technical support and guidance, as well as the grant,to think through, tailor and produce the most impactful projects for their community. This is why the research phase is paramount,” Camille  points out.

An argument strongly supported by the participants, who lament the lack of attention paid to theoretical research in the region. Mohsen Bchir, a bright 27-year-old Tunisian selected for his environmental photodocumentary project “Thirst Republic”, explains: “There aren’t many programmes that provide you with support throughout the research phase, although it is the most crucial one.”

In only two months since the first kick-off meeting, Mohsen says he has “rethought, reframed and reshaped his project entirely”.

But Mohsen is no stranger to adaptation: a biological engineer by formation, the young man from Tunis spent almost three years in the United States, including two in a Fine Arts master in Washington State University. “I’ve always loved combining techniques and technologies, especially those that we least expect to work together like biotechnology and photography or microbiology, audio technology and augmented reality.”

With “Thirst Republic”, Mohsen aims to bring to the attention of the general public and decision makers the water challenges faced by the inhabitants of Nefza, a remote village in northern Tunisia, through a photodocumentary combining art, microbiology and augmented reality.

“When I visited the different villages around the dam of Nefza, I realised how different their needs and realities were from what I had imagined. Having the time -and money- to genuinely interact with the locals really helped me finetune my research and push it further.”

Similarly, Moroccan artists Imane Djamil et Fatine Arafati, admit that the project proposal they submitted back in December 2020 has greatly evolved and is “180 degrees different from what we have in mind now”.

“We arrived in Tarfaya [a coastal town in western Morocco] with a very specific idea -a sound art festival in the old port ruins- only to realise how unsuitable it was to the reality of the place,” the duo recalls.

After lengthy discussions with their local friends and their families -and an unexpected but happy encounter with the Minister of Culture on a flight to Tarfaya- Imane and Fatine re-engineered their project to better serve the local community and the country as a whole. Indeed, they now plan to use their anecdote-based entertainment festival as an inauguration event for a much more ambitious project: to have part of the old fort ruins registered to the Ministry of Culture’s official heritage.

“Actually, if it hadn’t been for this research period, we would have wasted so much money on something much less effective!” Imane exclaims.

The importance given to the research phase also stems from the initiative’s goal to strengthen the foundations of the region’s cultural infrastructure. “The MENA region has been shaken by a lot of instability and turmoil in recent years, and the All-Around Culture programme is our way to contribute to a viable, strong and locally rooted infrastructure to support culture, no matter what happens,” explains Mohab.

“We want to equip local individuals, alliances and entities with the tools to build -and sustain- a dynamic cultural ecosystem that will last beyond the programme’s duration.”

Questioning of identity through territorial realities

The opportunity to cooperate with fellow youth across from his own borders was particularly important for Moayed Abu Ammouna, a communication and cinema professional living in Palestine. “This programme has helped create a vibrant and fertile environment for all of us young artists and cultural workers to carry out our projects and exchange experiences. I think this will greatly contribute to bringing about change both at our local level and within broader contexts.”

His project, “Taarikh”, explores the ever-so relevant situation of Palestinian people before and after 1948, through a series of movies playing with the interwoven concepts of Palestinian history and identity and contemporary creative contexts.

“I hope that this project can offer potential solutions to the issue at hand; which can then be embraced and taken upon by the local communities,” Moyaed expresses, voicing hope that his use of visual arts can help raise the awareness and interest in the crisis.

This questioning of identity through territorial realities is a concern shared by all participants, whose projects are heavily embedded in local contexts.

For Toni Geitani, an award-winning director and audio-visual artist working on a TV series about post-war Lebanon, “this is the only true way to create”. “In order to be true to my context and my environment, I have to speak about something that moves me … something that is mine.”

“As a Lebanese born in 1992, I was constantly confronted with stories about the civil war,” he recalls. “Although I did not live it, I was given hundreds and hundreds of narrations of it. But I was never able to find stories about the post-war generation: my generation.”

This is why he decided to tell not only his story, but “the bigger story”. “I really like art that is diverging, not converging. While it starts from my surroundings, it can morph into something truly universal,” Toni concludes.

“Let’s be honest: as artists, we have literally no idea how to organise a festival, or assess the architectural aspects of a site required to be registered in the country’s heritage…”

Blatantly candid, Imane and Fatine’s words accurately reflect the need for the YLCCI’s technical guidance, mentoring and networking phases. “From the onset, we were confronted with very concrete technical problems, for which we needed support but also reassurance,” the two 25-year-old continue, noting that having a network of fellow young people to exchange with “really helps”.

The YLCCI brings together youth from very diverse backgrounds –both geographically and professionally. “Whilst some are well established professionals, others had never even formulated a project proposal,” explains Camille, stating that “this is the beauty of it.”

In only three months, the selected participants have exchanged tips, previous experiences and ideas for future collaboration. For Mohsen, this possibility to network with fellow Arab youth is a great motivation. “Contrary to what people think, we do not often get the chance to interact with other youth from the region, although we have so much in common.”

Proudly sharing his motto “1+1=47!”, he explains “I profoundly believe in synergies. You can be an absolute mastermind but, if you collaborate with other people, the ultimate result is multiplied.”

“Each of us is a microphone. What I learn from the group, I can then share with my own group: my family, my friends, my entourage. And create a powerful ripple effect.”

All-Around Culture is a four-year collaborative and interconnected programme aimed at fostering a vital cultural ecosystem as an enabling environment for social and economic inclusion of youth in seven countries across the Arab region. The programme is co-funded by the European Union under the “International Partnerships” domain, Programme to Support Youth and Culture in the Southern Neighbourhood.

All-Around Culture consists of 5 components implemented over a 4-year period. The Youth-Led Cultural and Civic Initiatives is one of the components implemented by l’Art Rue. L’Art-Rue is a not-for-profit organisation established in 2006 in the heart of the medina of Tunis. It works on manufacturing artistic spaces and designing citizen artistic projects with and for the populations of the territory, as a vector of educational, social and economic development. 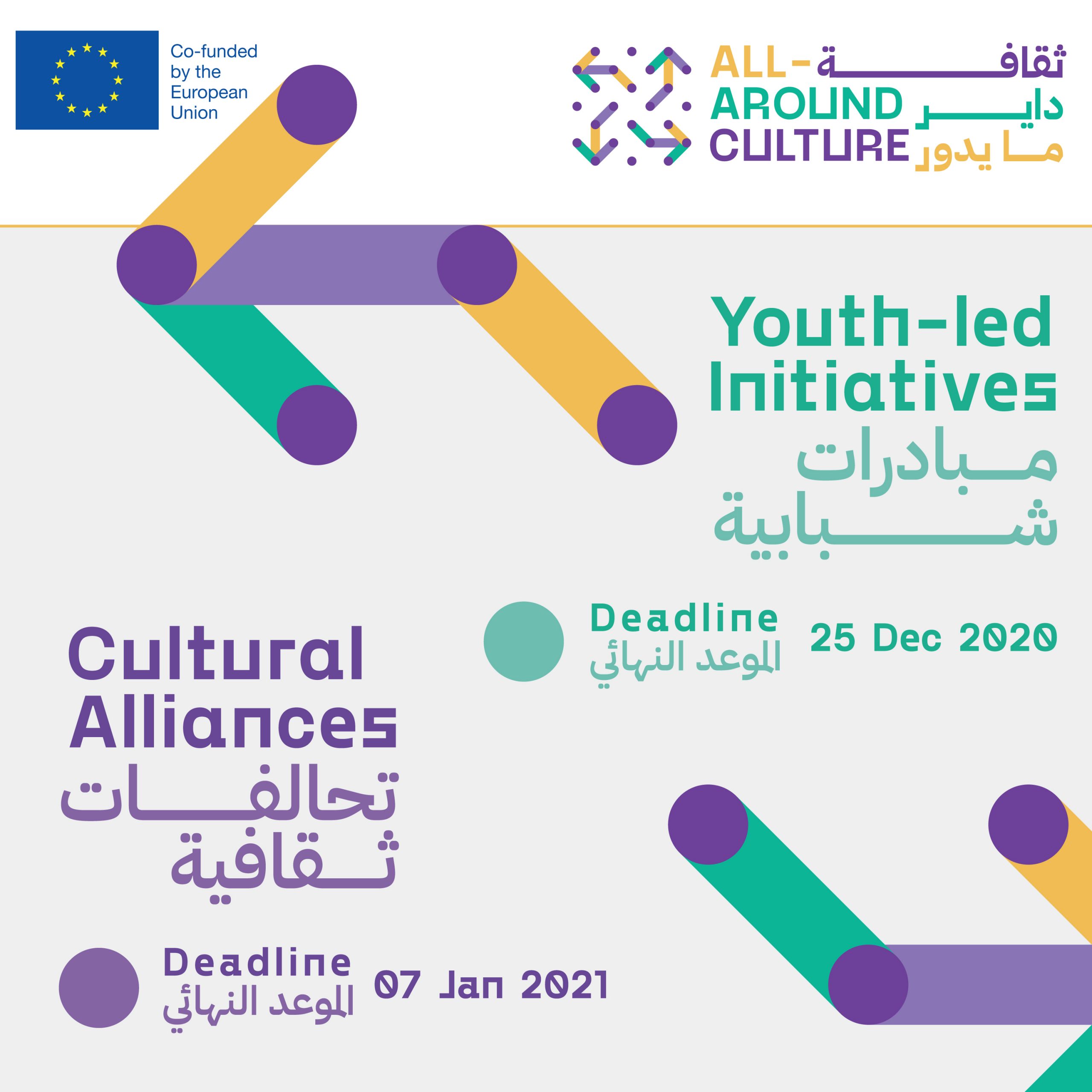 Two open calls for cultural and artistic entities and individuals